Jackie Cogan is a professional enforcer who investigates a heist that went down during a mob-protected poker game. IMDB

The story is interesting because it’s not just about crime, it sets the story against the backdrop of harsh economic times. The script is reminiscent of the kind of dialogue in so many Quentin Tarantino films. The dialog driven scenes in the car with Richard Jenkins in particular.

In terms of the acting, I think Ben Mendelsohn steals every scene. He has a natural intensity that made Animal Kingdom such a great film. Having said that, one look at the rest of the cast list tells you it’s going to be good. 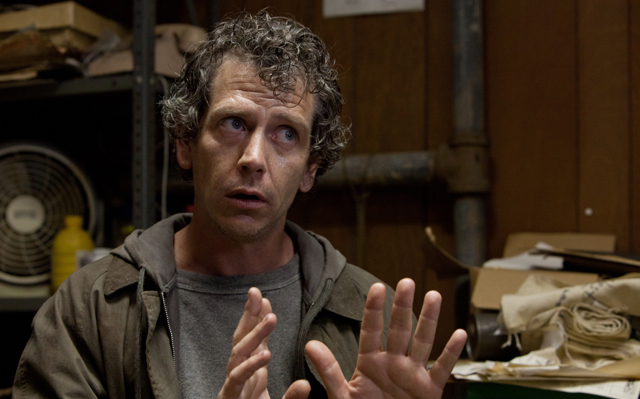 Ben Mendelsohn in Killing Them Softly

The cinematography also captured my imagination. There are some super slow motion scenes that are stunning. I don’t think I blinked at all in once particular scene. Greig Fraser has done a wonderful job in achieving a really gritty feel.

Killing Them Softly is written and directed by Andrew Dominik (The Assassination of Jesse James by the Coward Robert Ford, Chopper) who based his screenplay on the novel, Cogan’s Trade (1974) by George V. Higgins. Dominik updates timeline and sets the story in a grimy New Orleans during the last days of Obama’s presidential campaign. A time when the world was coping with a downturn in the financial sector.

America is not a country it’s a business — Jackie Cogan

There’s a dark humour behind the story that lifts the drama and some of the brutal violence. This movie is not for the squeamish.

They cry, they plead, they beg, they piss themselves, they cry for their mothers. It gets embarrassing. I like to kill ’em softly. From a distance — Jackie Cogan