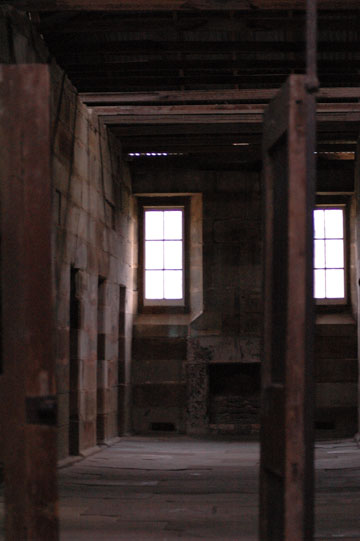 The Port Arthur penal settlement began life as a small timber station in 1830. Originally designed as a replacement for the recently closed timber camp at Birches Bay, Port Arthur quickly grew in importance within the penal system of the colonies.

The initial decade of settlement saw a penal station hacked from the bush, and the first manufactories – such as ship building, shoemaking, smithing, timber and brick making – established. The 1840s witnessed a consolidation of the industrial and penal nature of the settlement as the convict population reached over 1100. In 1842 a huge flour mill and granary (later the penitentiary) was begun, as well as the construction of a hospital. 1848 saw the first stone laid for the Separate Prison, the completion of which brought about a shift in punishment philosophy from physical to mental subjugation. Port Arthur also expanded geographically as the convicts pushed further into the encircling hills to extract the valuable timber.